Rune Eriksson is not afraid of a dispute. He doesn't mind speaking loud and clear, as long as the purpose is in the best interests of Aibel and the employees.

On 19 June 2018, Rune Eriksson took over from Momir Repaja as the head safety representative. Eriksson is also head of the United Federation of Trade Unions club at Aibel, and has held the role of full-time employee representative for a long time. He admits, however, that it is great to now be able to represent the whole company, from the management to those at the sharp end, as he puts it.

“My most important task is to treat everyone with respect. I want people to know I'm there on their behalf and that I'm solution-oriented,” says Eriksson.

It is equally important to coordinate the more than 100 safety representatives and have a good structure in the role, so that he can have his finger on the pulse and keep up-to-date. Rune thrives both in his coverall and in the office, he loves talking to people, regardless of their occupation and position.

“You know, I'm an operator. When your task is to represent all employees, I think this is a good background to have. I love meeting people and often stop for a chat. Good conversation is important to me,” says Rune.

Rune has learned a lot from his predecessor, Momir Repaja, who retired after many years as group representative.

“Momir had a unique ability to balance negotiations with representing the business in a good way. I have great respect for Momir, he recognises people, and helps and assists them. I’ll continue to do that, but it's important that I add my own stamp,” he says humbly.

Both his grandfather and father have done the same thing, walking around the yard area at Risøy, talking to people as elected representatives. Rune is the third generation Eriksson at the yard in Haugesund. He finds that nice to think about.

“For me, there was never any alternative. I was going to work in the industry. Sometimes people at the yard stop me and say that I walk like my grandfather did, you know, with your hands like that behind your back. It's fun to hear,” says Rune.

With both his wife, brother and sister-in-law in the same business, Rune admits that over the years there has been a bit too much Aibel talk when the extended family meets.

“That's the way it is with large companies in a town like Haugesund. They mean a lot to many people, and so the conversation quickly turns to Aibel. My wife and I have become more aware not to talk so much about work in our spare time. Much of my work is confidential, so it limits itself. But in the tough years with the downsizing and restructuring, the job has of course been very consuming. It does affect us,” he says.

Breathe with your stomach

The fog has lifted a bit and the forecast is pointing upwards again. There is talk in the corridors of new employees. Rune strongly believes in a bright future for Aibel, and is conscious of how he will contribute to it.

“As club leader, I recently visited Hammerfest. There was a lot of optimism there, and it's nice to see. In Haugesund, Sverdrup has contributed to job satisfaction and pride. It matters to all of us that we get these big contracts. Now we can breathe from our stomachs,” he says.

After a restructuring process, it's a good idea to take stock. We may want to focus on tomorrow, but it is the years ahead that are most important. Rune will be proactive. He will look to others, and seek inspiration and get solutions.

“HSE is important. People must be confident that they will go home safe at the end of the day. We're going to have zero injuries at work. After a restructuring process, we need to ask ourselves - is it going well now? Are we in control? In the industry, it's natural for us to focus on safety, but it's just as important to focus on health and the environment. We must be happy and enjoy ourselves at work. As a club leader for the United Federation of Trade Unions there has been a lot of talk about wages and working conditions, but here too we need to take stock and think," says Rune.

“Wages and working conditions are of course important, but the most important thing is that we have a job. We must never forget that. That's what generates value and allows us to collect our wages.”

It is 27 years since Rune started his apprenticeship as a sheet metal worker. He thinks a lot about what everyday life will be like for the apprentices in 2025. He is enthusiastic when he talks about the competence picture in the years ahead, he will help secure a sustainable business for future generations. He had managers who believed in him early on, and who gave him a nudge in the right direction when he was young.

In 2003, he was employed by the Norwegian Confederation of Trade Unions for a period of seven years, where he monitored landbased facilities. Rune has also spent time on the city council in Haugesund. These were big projects and responsibilities for a young man to take on, but Rune never lost a night’s sleep.

“No, no – I always sleep well. I like to discuss things and help people, so I quickly found my place. I’ll happily take up a fight, which in my job, is something I need to be comfortable with. It's not always that I'm right or win, but it’s the act of getting the message across and creating change that drives me,” he says.

Rune likes to take the floor and he likes to lead others. At home, he stands on the sidelines.

“I have two active children aged 9 and 12, and they occupy most of my free time. It is mostly taken up shuttling between football, gymnastics and band. My current hobby is standing on the sidelines during a match and being dad,” he laughs.

He enjoys it, and is on the sideline cheering with his own father. Grandfather is a keen supporter of the grandchildren and follows every match and tournament carefully. They are a close knit family with similar interests and so far, also career choices, but whether there will be a fourth generation Eriksson at Risøy, it remains to be seen. Rune does not think this will be the case.

“My son is determined to become a police officer, my daughter is too young to have any idea about this yet, and my first son, who is 23 years old, is becoming a teacher. The most important thing for me is that they choose a life they are happy with, just like I’ve done,” he adds.

“It’ll never be the case that one day I will wake up and think about changing jobs. Aibel has a very large place in my heart. I care about how things are going with the business, the industry and the people that work there.”

Aibel has been awarded a FEED (Front-End Engineering and Design) contract by Equinor, on behalf of operator Gassco and owner Gassled, for the Kårstø E... 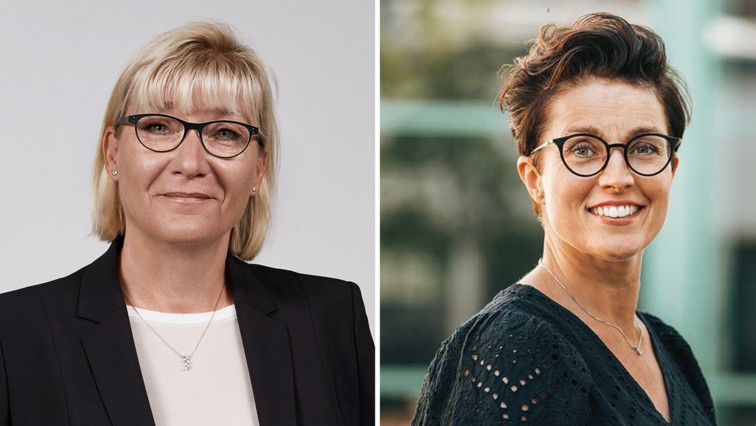 The general meeting of Aibel has appointed Charlotte Strand and Helle Bay as new members to the board of directors with effect from 11 August.